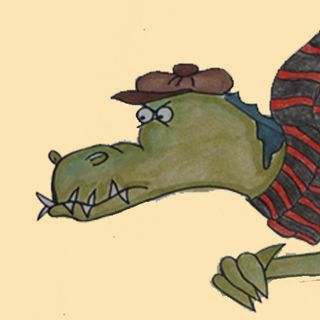 Character assets:  Can’t think of any.

Science Fact:  one of the last major dinosaur groups to come to the public’s attention was the spinosaurids. They were theropod meat-eaters from the early Cretaceous period, with long, narrow snouts armed with many straight, sharp teeth, and they had a distinctive big claw on the thumb.